I had the best time writing this story. It's unabashed space opera, the kind of science fiction that drew me to the stuff when I was a kid, full of big adventure, sprawling vistas, wild inventiveness. And it's the kind of stuff I still often dip back into. Right now, for instance, as I sit here in Seattle, I'm reading ASTOUNDING STORIES OF SUPER SCIENCE FROM JANUARY 1930 on my Kindle.

I'm bored to death with science fiction that uses the tropes primarily to explore the bleak, middle-aged angst of failed professors, just denied tenure, whose wives and younger girlfriends have left them for younger men or more vigorous men. Or equally boring, science fiction that is, in actuality, little more than not-so-veiled right-wing military propaganda. Or whose stories are thinly redressed versions of far better stories by literary masters like Fitzgerald, Hemmingway, Shelley, or others. Sure, some of the best science fiction in the field has explored social issues and questioned the nature of humanity, great works like Brunner's STAND ON ZANZIBAR or Boyd's NO BLADE OF GRASS or Joanna Russ's masterpiece, THE FEMALE MAN. But too many writers working under the label of "science fiction" seem to work awfully hard to wring the last drop of any real "sense of wonder" out of their stories, as if "sense of wonder" were dirty words that undercut the obvious adult seriousness and literary quality of their work.

Ron and I flew out here yesterday in the Malibu. Our longest excursion yet
in the plane, it took nine hours with a brief refueling stop in Worland, Wyoming.
Everybody talks about the beauty of the northern Rockies. I haven't seen them.
From Worland on almost into Seattle, itself, clouds and thunderstorms. We were
on our toes in the cockpit, and I became quite adept with the weather radar.
One more new skill I can add to my resume.

But I made it to the SF Hall of Fame inductions. We got off the plane, got
it hangared, dashed to the hotel, plunged into the shower, devoured some appetizers
at the closest restaurant and made it to the inductions just as they were getting
underway. Diana left me an email stating that Leslie Howle, the event organizer,
had called the house about five-ish wondering where I was. Heh heh.

The event was hot and packed with a spread of appetizers, cake and champagne.
Lots of writers, fans and Clarion West students were present, including Greg
and Astrid Bear, Kim Stanley Robinson, Connie Willis, Eileen Gunn. Cat Rambo
and others. I gave a brief talk about the founding of the SF Hall of Fame, why
I conceived it in connection with the SFWA Author Emeritus program, and why
I considered it important, not just to "pay it forward" for new writers, but
to "pay it backward" as well so that we honor and remember the men and women
who made this such a great literary field and community in which to work. I
could have talked about that for hours, but or the sake of the sweltering audience,
I restrained myself. Still, I felt honored to e invited to speak, and proud
to know that the SF Hall of Fame goes forward. On Wednesday, I'll tour the "Icons
of Science Fiction" exhibit with Jacob McMurray, the curator.

Meanwhile, Ron is working on seaplane certification, and I am blogging ...
I mean writing ... in my hotel room, and Diana is forwarding me Darkover research
material as I need it.

I've posted a few photos from the induction ceremonies on the KaCSFFS facebook
page.

Today, December 1st, is World AIDS Day. I've tried twice now to write a short essay about many lost friends and about Kansas City's own pretty magnificent response to a disease that swept through our community as it did through cities across the country and the world. Facebook keeps locking up on me, however, and I'm not going to try again to recreate the essay or dwell much longer on those times. I have a small glass of my best brandy right here beside me, though, and in a moment, I'll drain it in a toast to remembered friends. Then I'll take a second drink for all the performers and volunteers and organizers and activists who've done whatever they could to raise awareness and money and save lives. Then, I'll take a third and final drink as I make a wish this will all end someday. To those gone -- rest well. To those tireless volunteers and organizers -- thank you. And until we have a cure -- be smart. 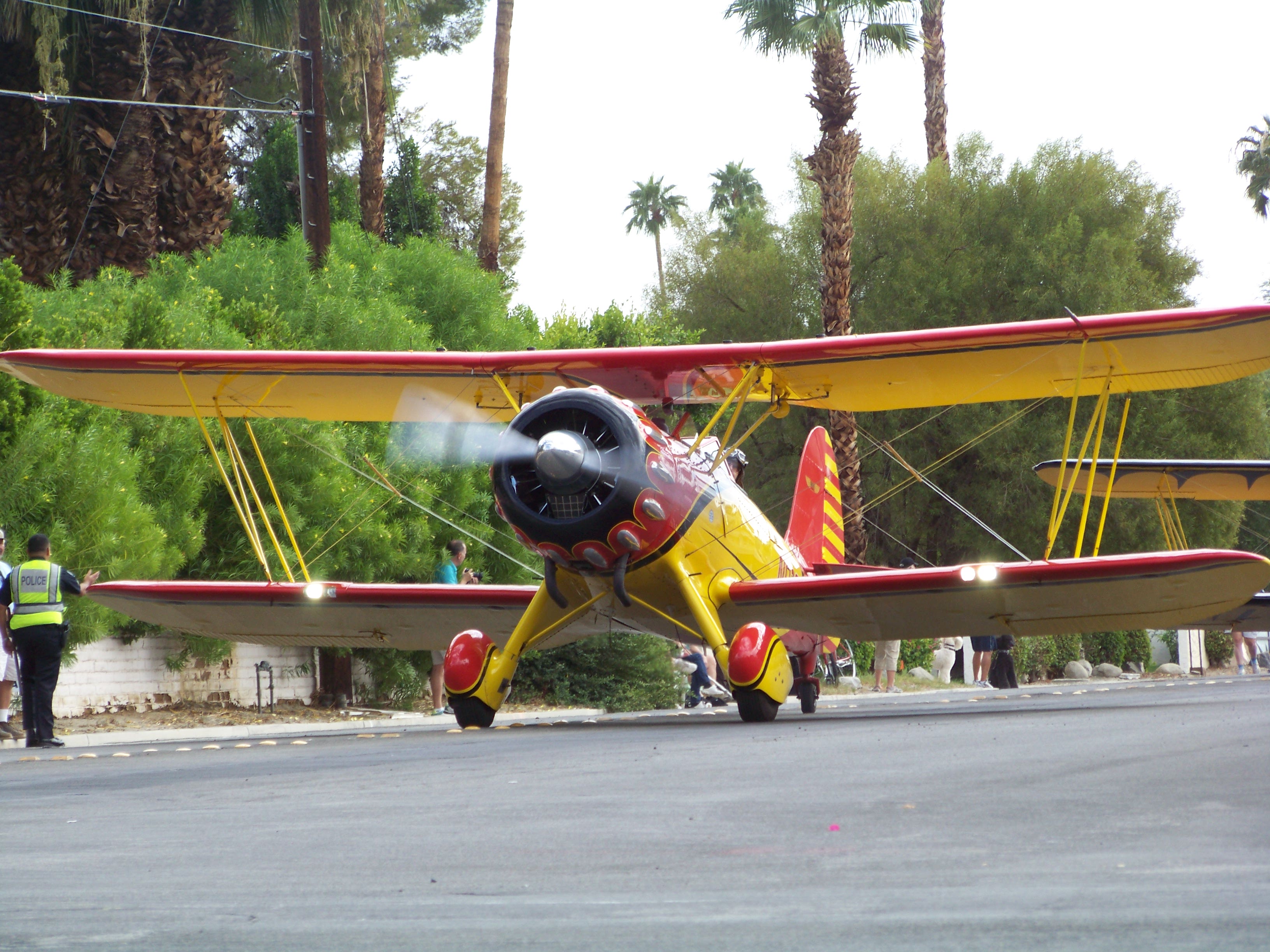 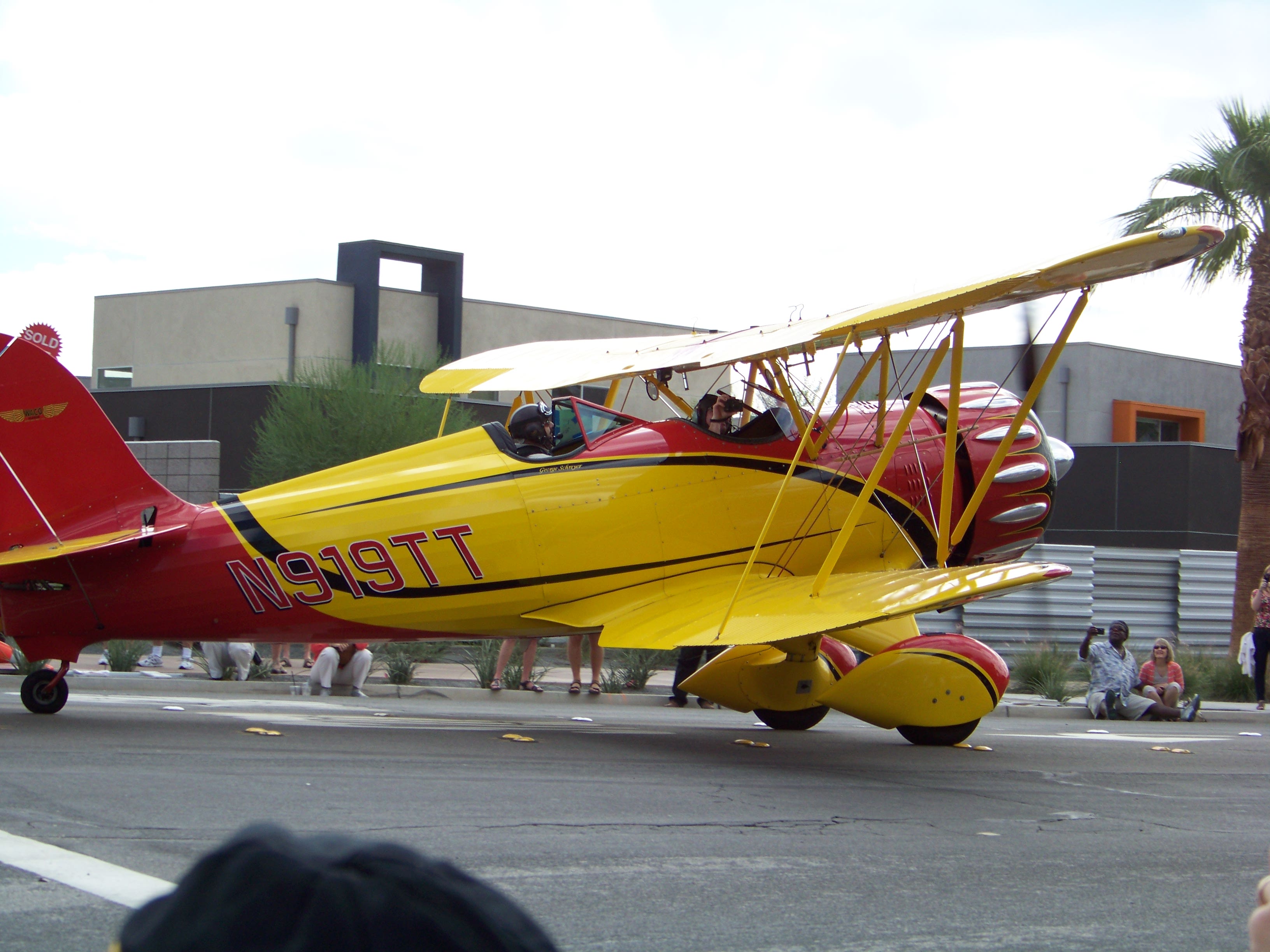 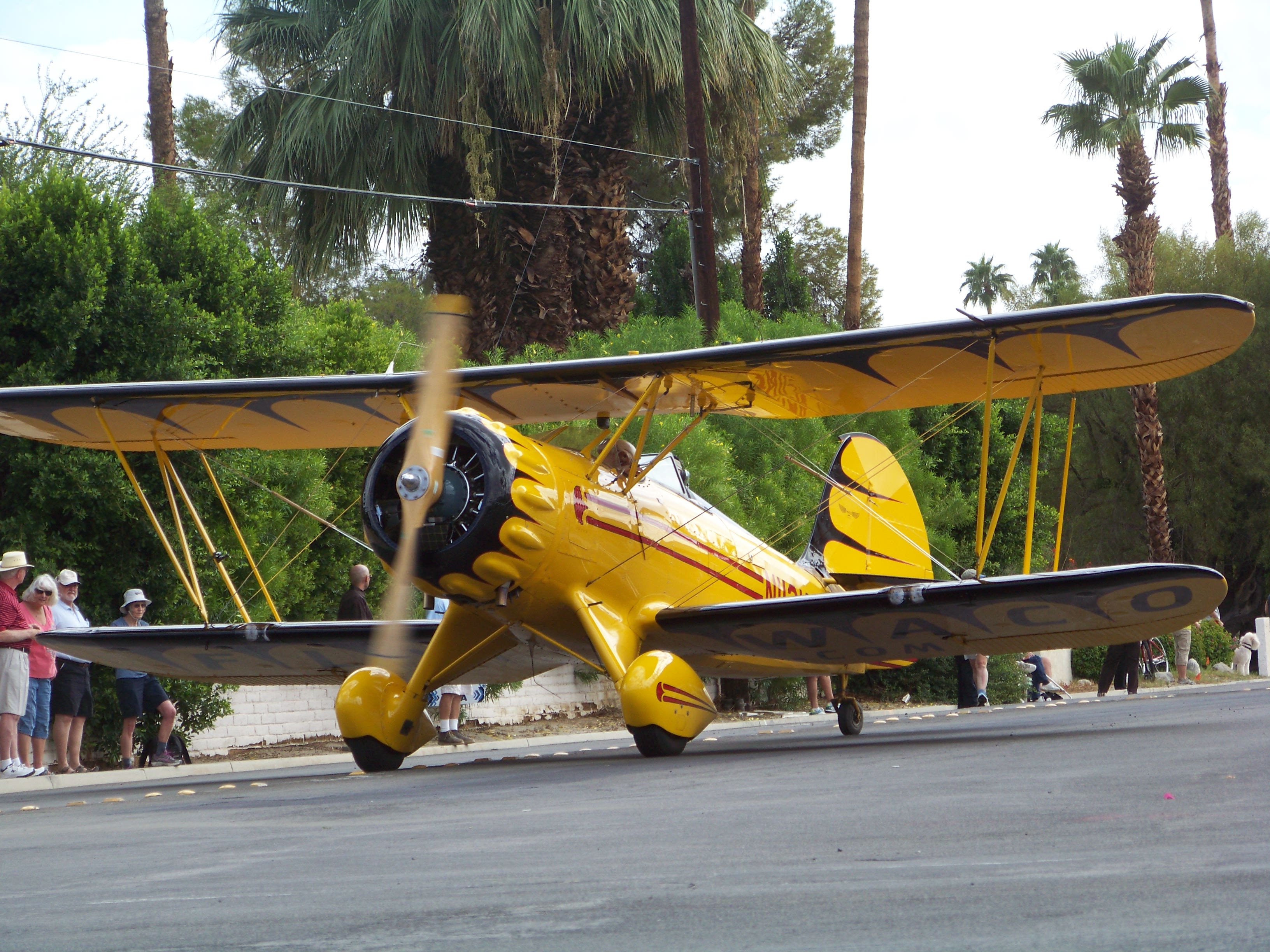 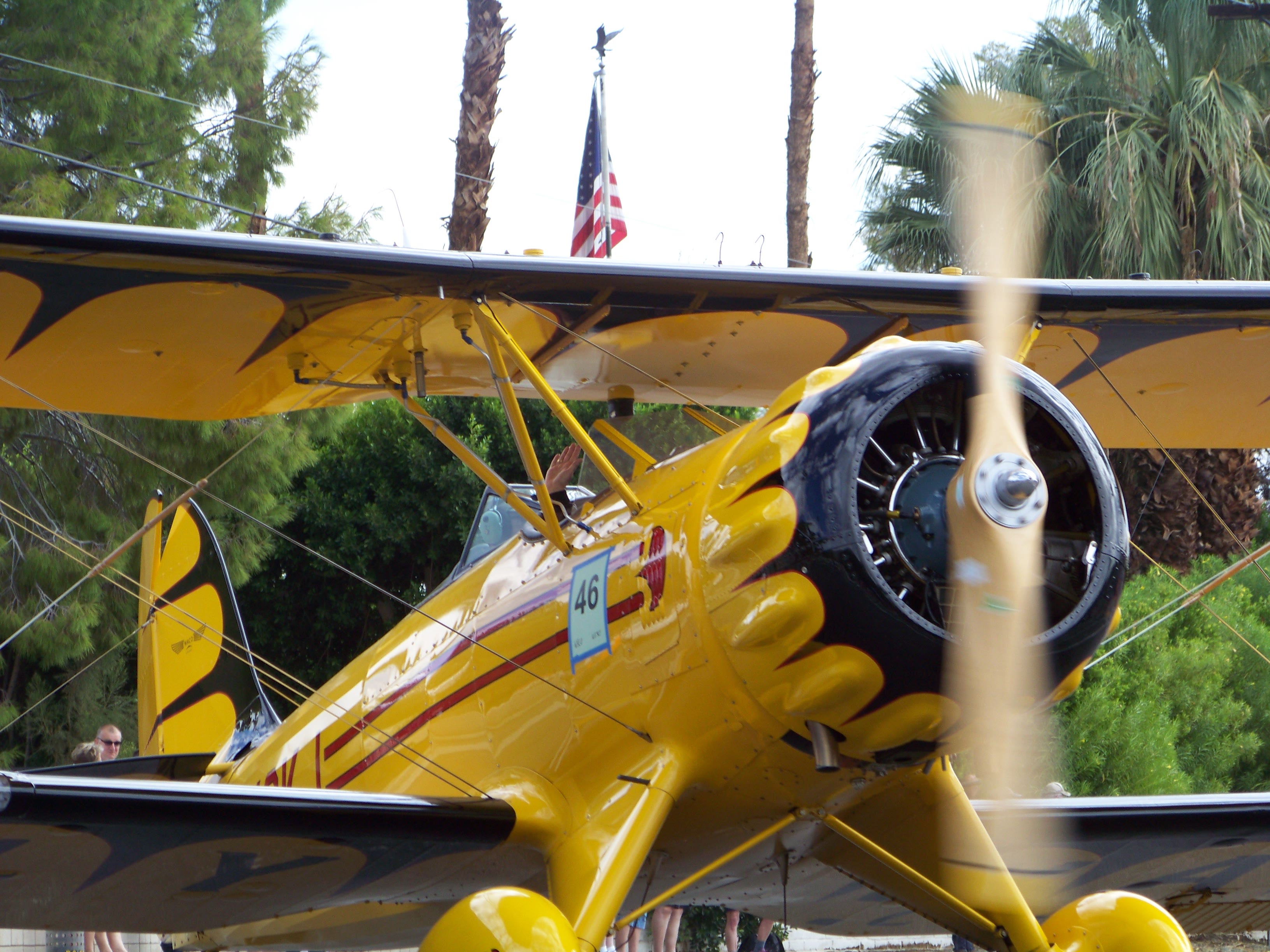 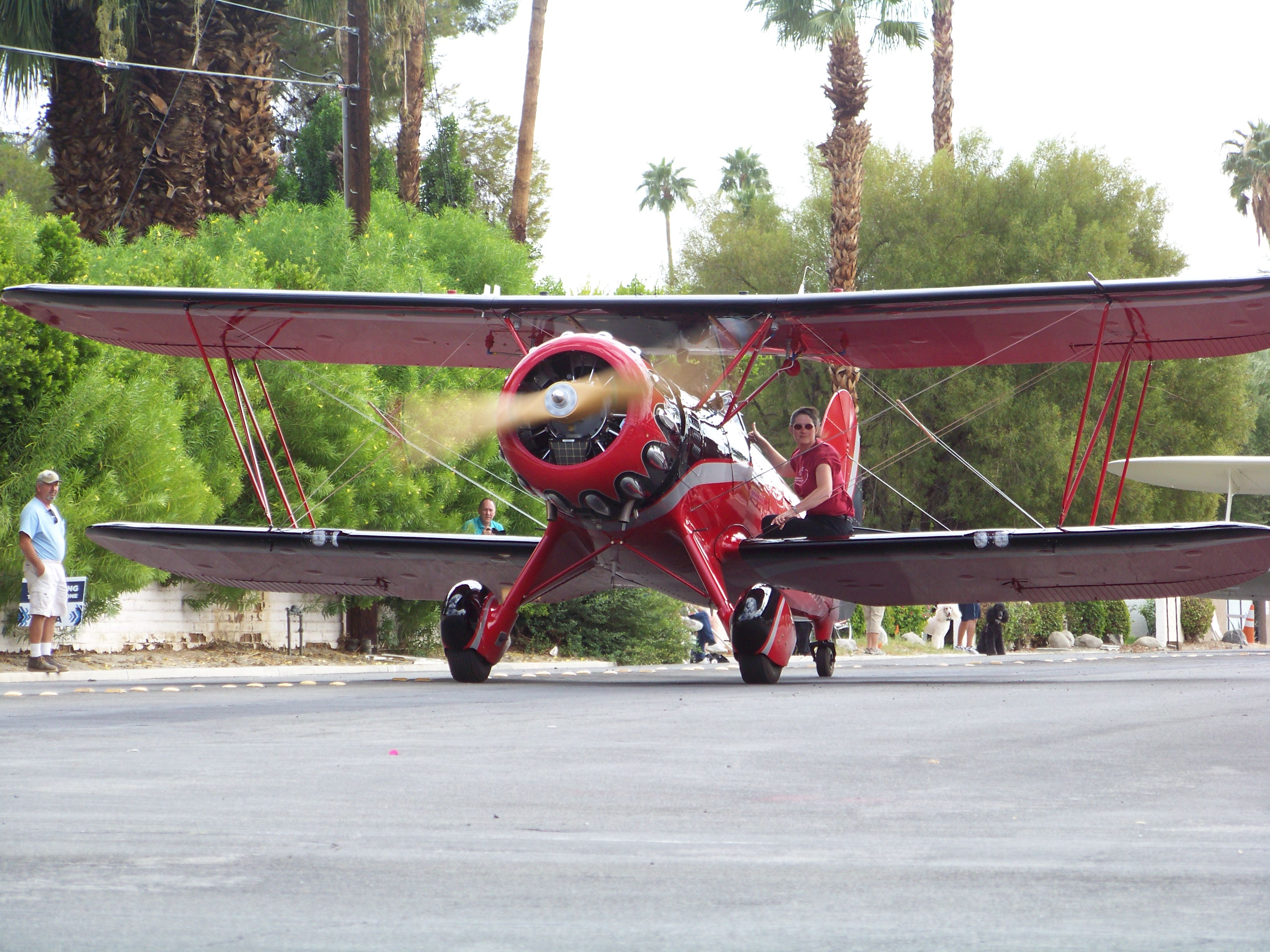 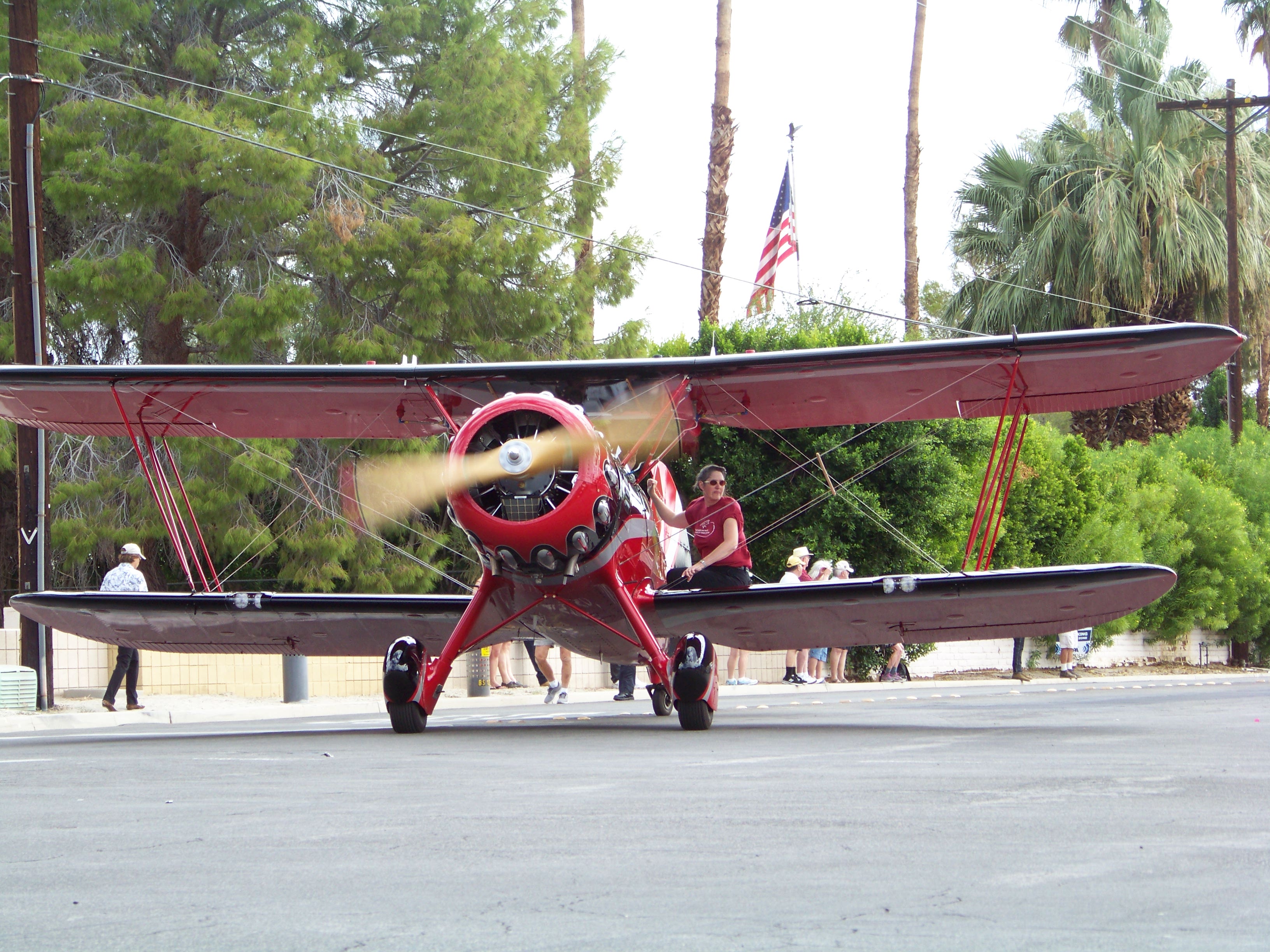 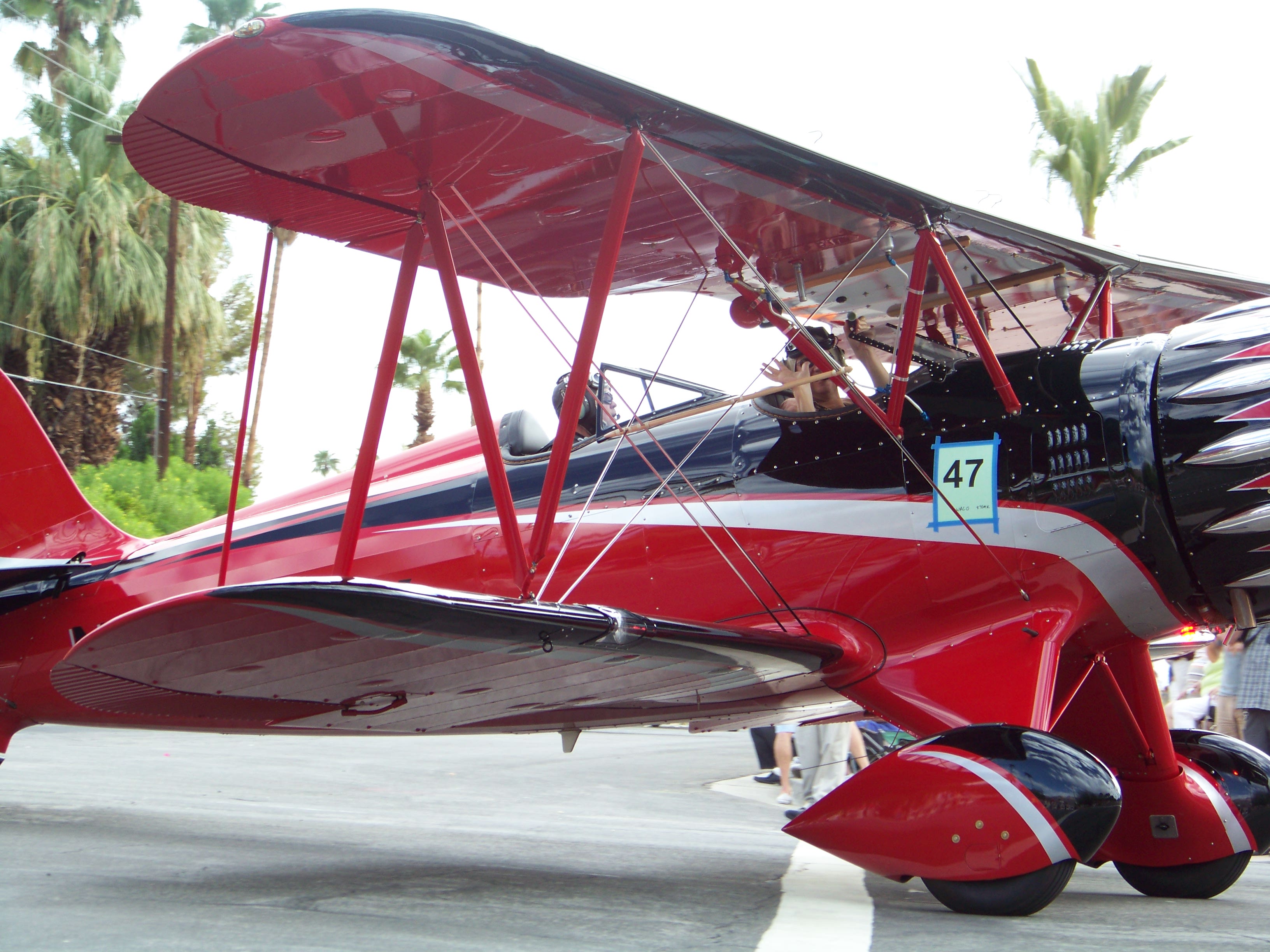 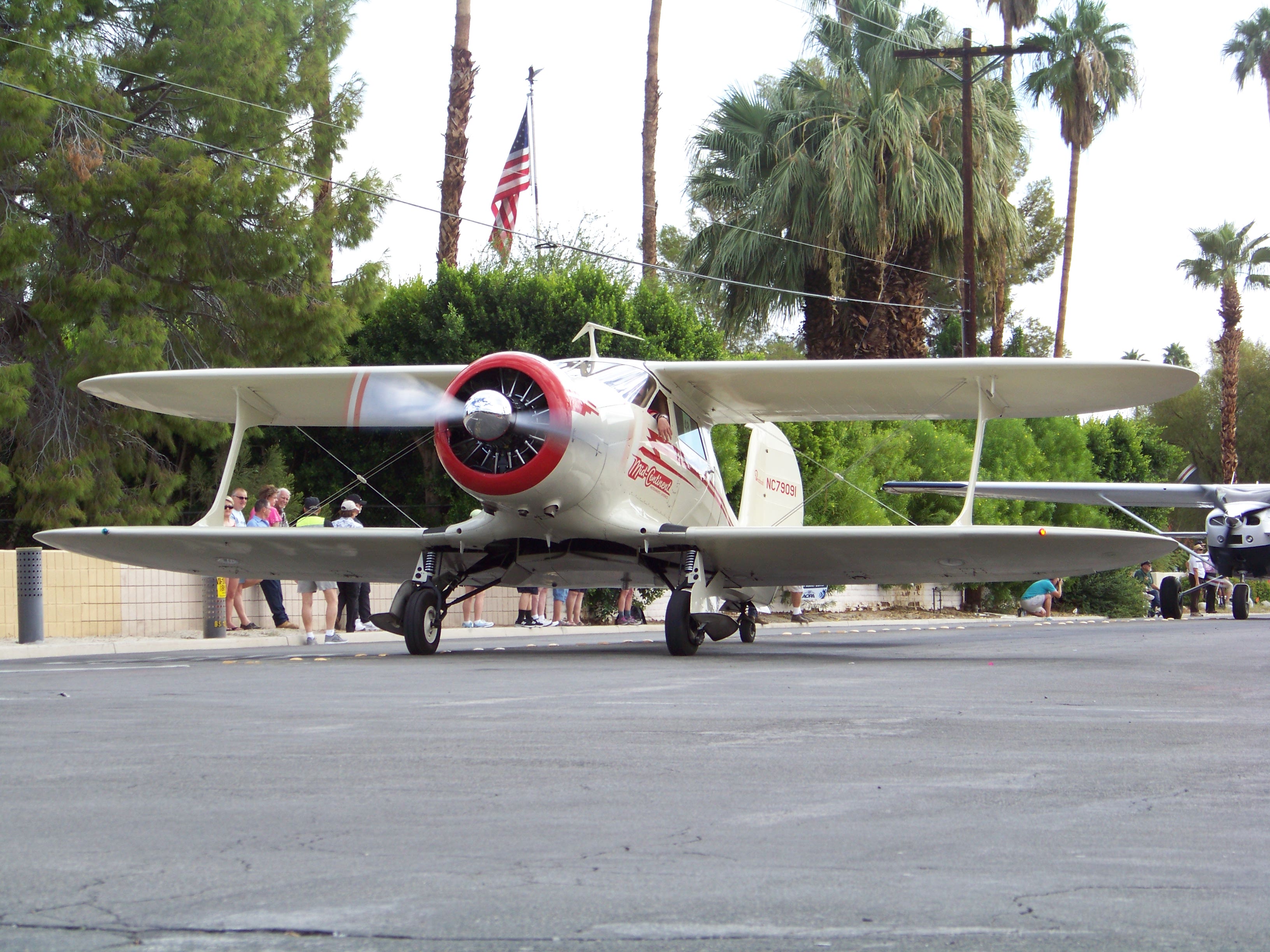 I'm in Palm Springs at the moment for the AOPA Summit. "AOPA" stands for Airplane Owners and Pilots Association, and this is one of the largest aviation events in the country. The weather is great - not too hot or cool. One of the highlights of the event is the "Parade of Planes." Major streets in the city are closed off from the airport to the convention center and pilots taxi right through town in a long parade with thousands of onlookers lining the sidewalks. It's great fun. I used up my camera's battery, and then exhausted the power in my flip-cam. I'm going to try to upload a few photos. If they prove too large for this site, I'll probably just delete them.

I don't need to tell most of you that the world of publishing is changing. Well, I'm trying to change with it. In the last couple of months, I've experimented with Kindle self-publishing by making ebooks of my older stories. The results have been promising enough that now, for the first time, I'm taking the experiment a step farther and, skipping the usual publishing channels, making a brand new, original story directly available.

"Payday" is an 11,700 word novelette. It's horror. It's violent. There's strong gay content (but not erotica). I've worked on this story off and on for almost a decade, but never felt it was right for any of the magazine markets. Now finally, with e-pubbing, a writer can bypass the tiny handful of editors who control the print market and go directly to readers.

This is an experiment for me. I hope some of you will check out "Payday." It's an Amazon Kindle Exclusive. You can find it here:

My 2001 novelette, "Keepers of Earth," is now available as a Kindle Exclusive ebook. This is one of three stories I wrote during my cancer adventure, and perhaps one of my favorite personal works. It's on course curricula at three universities, including a class taught by Chris McKitterick at the University of Kansas. I have a pretty great time each year going up to KU to talk to students about the story.

I'm reluctant to post the cover art, because for some reason all my images lately have appeared gigantic here, and I can't seem to resize them. 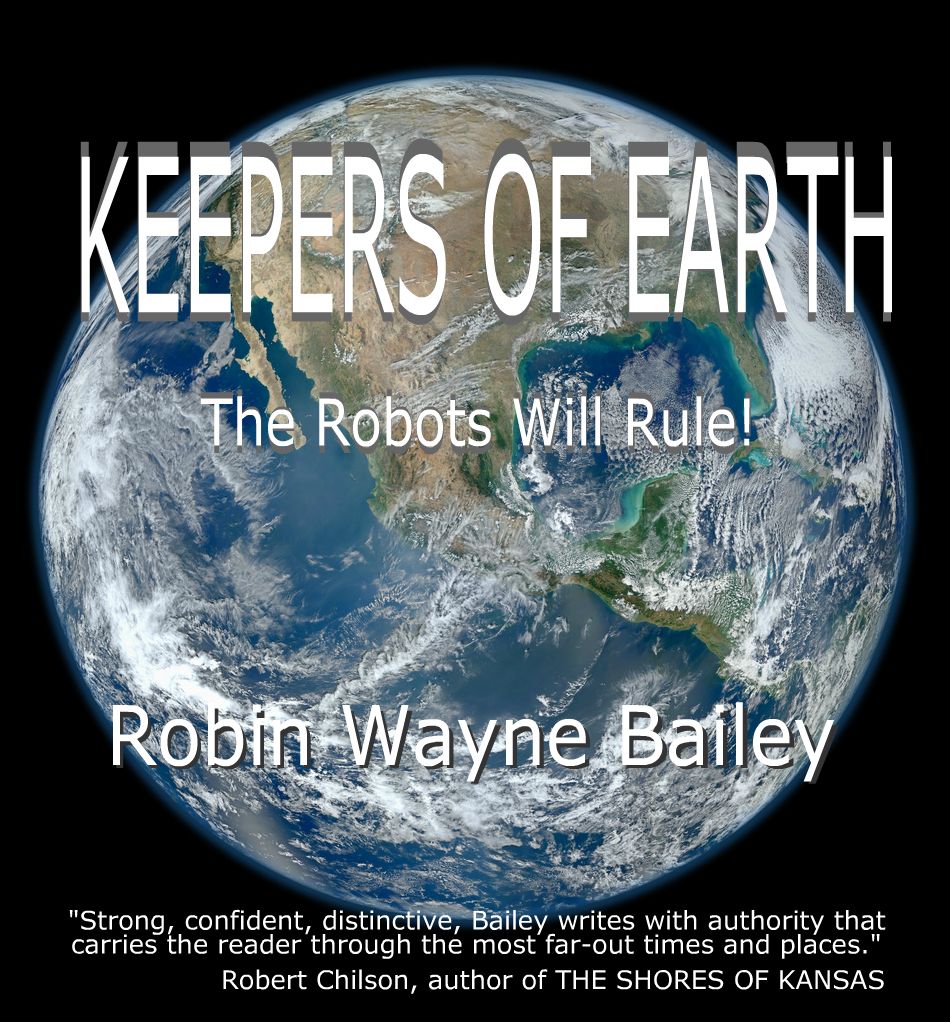 Long-buried for over thirty years! The book that made Sally Osgood roll in the floor laughing and sent numerous KaCSFFS members into paroxysms! The legendary SADDLE TRAMPS! Robin Wayne Bailey's real first novel revealed at last - for better or worse! - through the miracle of Kindle Publishing! Get yours today! 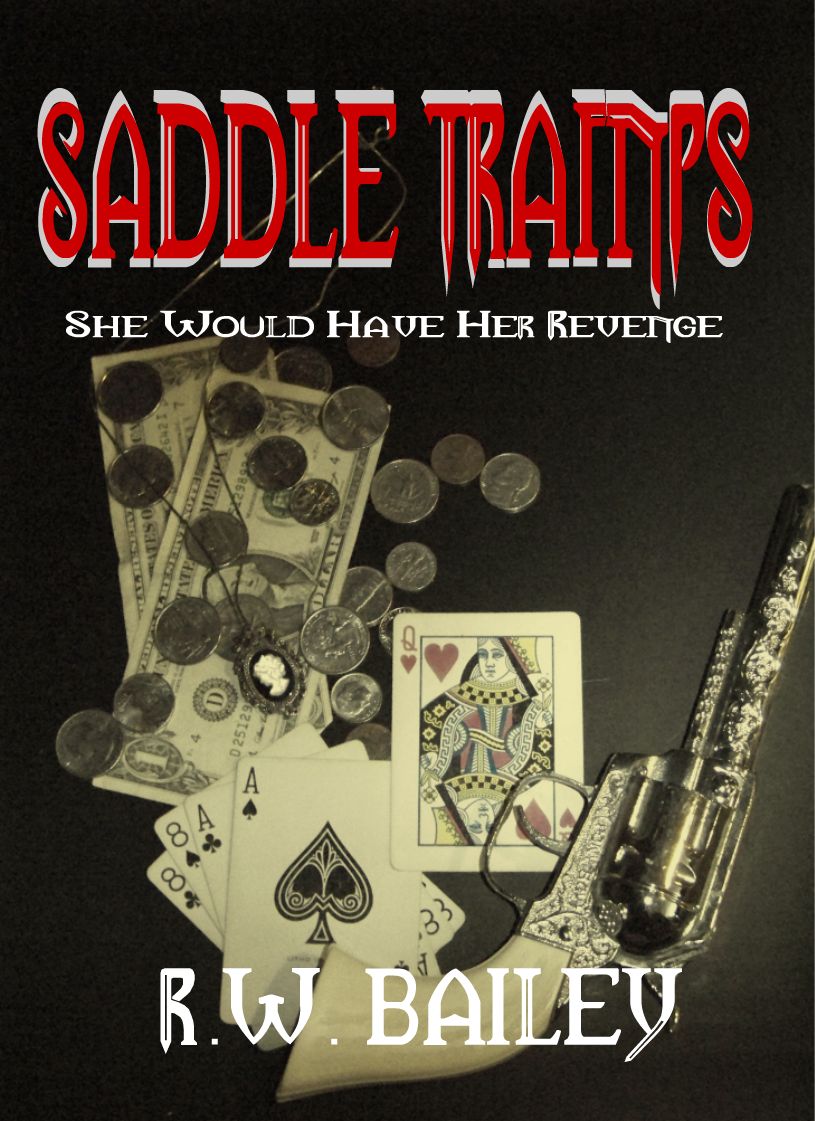 I've been working lately to get some of my previously published stories online in ebook form, and last night, TOY SOLDIERS, a novella-length science fiction work went live as a Kindle exclusive. This tale originally appeared in the anthology, FUTURE WARS, edited by Martin H. Greenberg and Larry Segriff in 2003. It is also included in my Yard Dog Press collection, TURN LEFT TO TOMORROW. I'm glad now to make it available in ebook form.

Set against the background of an interstellar war between Earth and the Kanamaran Empire, TOY SOLDIERS is the story of a group of children fighting a guerilla war to free their planet from the aliens' grip.

Check it out at Amazon.com. 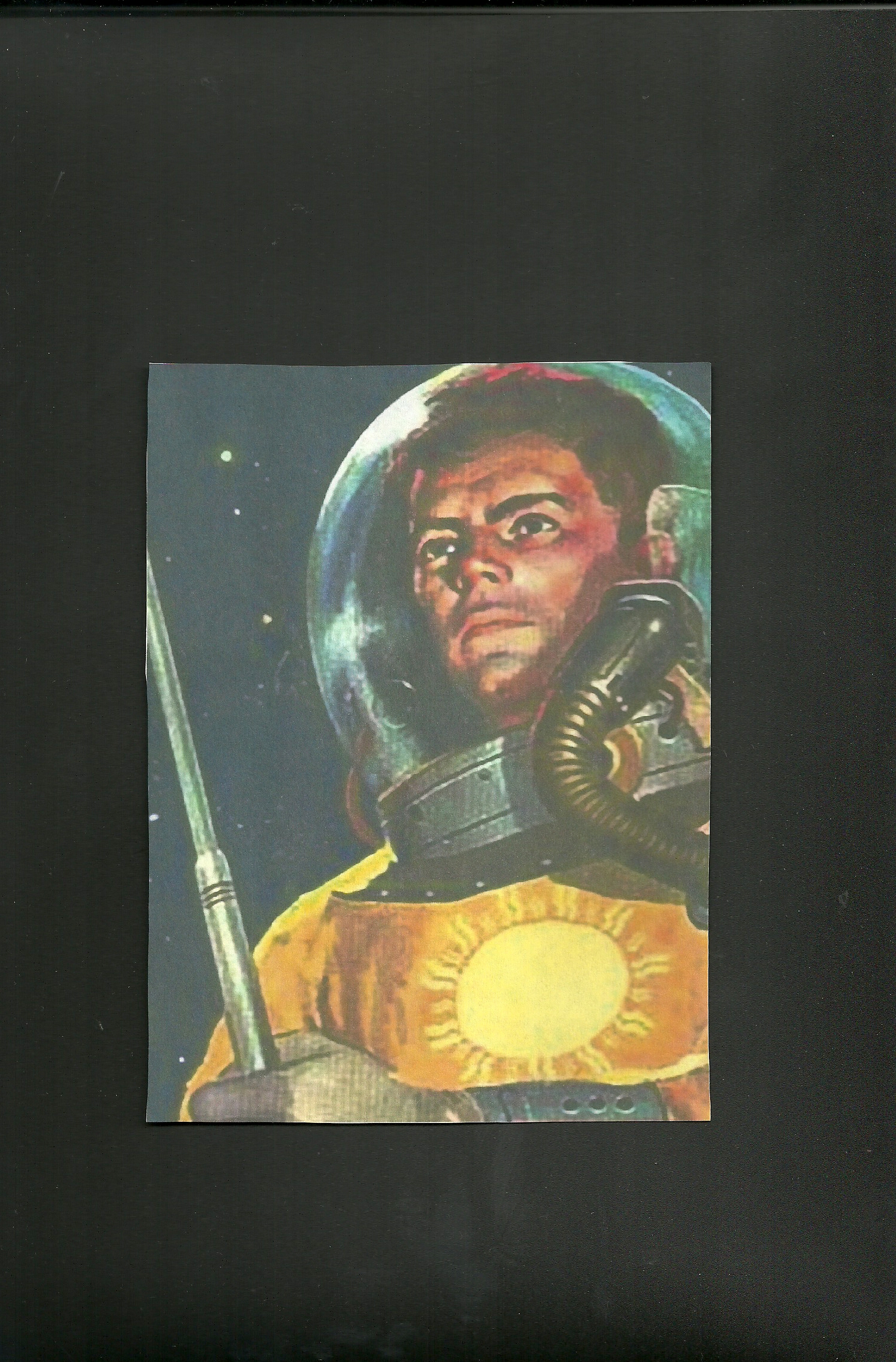 Okay, I don't post here often enough. I also don't tear up easily. However, I just received this message from an American soldier in the mideast, and it kind of got to me. I'm growing to love ebooks, and the idea that he could still read this novel from, like, 1997, pleases me no end. That he took the time to write, pleases me even more.

From the gloriously balmy heights of the Persian gulf, I would like to convey my
sincerest appreciations for an expertly executed novel.

I have been a Fritz Leiber reader for decades, having first read his novels in the
mid '70's, while attending Northeast Sr. High in lovely KC Mo.

I recently (a few years back) paid Amazons extortion fee's for e-copies of the books
so that I could re-read them during some of the many fun-filled overseas deployments
to which I have subjected myself.

I noticed your book while searching through additional works from the esteemed Mr.
Leiber.

I thought it mightn't be great, but how bad could it be, really?

So, I went ahead a bought a copy.

10 out of 10, Mr. Bailey. You nailed it.
Thank you for a truly wonderful, well executed and enjoyable read.
One always hopes that someone could pick up the torch for some of our great talents
past, and many times authors come along who do their chosen subjects justice.
You have exceeded all expectations. Thank you.

I look forward to reading some of your other novels, as well as your next work in
the world of Nehwon, if such is forthcoming.

As some of you know, for the last year or so, Ron and I have been involved with
an organization called Angel Flight, specifically, Angel Flight Central. AFC
is a charitable organization of pilots and ground staff that provides free flights
for people in need of distant medical treatment and/or in times of natural disasters.
No pilot is compensated in any way, not even for fuel, and the organization
itself runs entirely on donations.

Also, each year the Lightspeed Foundation holds a competition to award grants
to worthy aviation-oriented charities like Angel Flight. The grant recipients
are determined by a general, popular vote. Anybody can vote - including you.
The top five winners each receive grants of $10,000.

I'd like to ask each of you to go to this link:

And look for the column headed "Make Your Vote Count." However, I'd like you
to cast your vote for "Air Charity Network." This is a small, allied group
of which Angel Flight Central is a part. It doesn't take but a moment. Please
consider casting a vote.

I'll also note that there are two other Angel Flight chapters on the nominated
list. Angel Flight East and Angel Flight Soars are the coastal chapters of
AF, and should you wish to cast a vote in your own area, I can't hold that against
you. They're also worthy groups.